In The Shadow of My Former Self 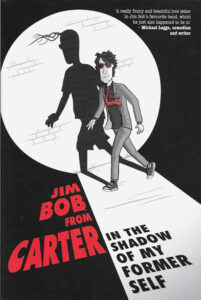 After the break-up of his band Carter The Unstoppable Sex Machine, Jim Bob goes in search of who he is, while constantly being reminded who he was. Whether singing in a disco-pop band, performing solo acoustic ballads, writing novels or acting in a musical, he will always be – Jim Bob from Carter.

At first Jim Bob views this as a burden and something to escape from but gradually he comes to accept and, eventually to celebrate, his past. Jim’s new book is the story of the extended gap year between the acrimonious break-up of Carter in 1997, their reformation in 2007 and split again in 2014.