by Will Wiles (author)

4th Estate hardcover
Out of stock 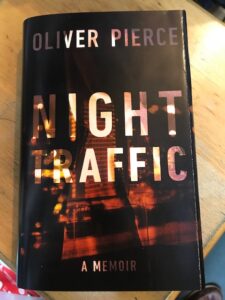 *Sold with the dust jacket for Oliver Pierce’s Night Traffic.

Will Wiles both re-invents and murders the London novel, in a spectacular act of evil, surgical intensity’ Warren Ellis

The dark, doomy humour of Care of Wooden Floors mixed with the fantastical, anarchic sense of possibility of The Way Inn, brought together in a fast moving story set in contemporary London.

Jack Bick is an interview journalist at a glossy lifestyle magazine. From his office window he can see a black column of smoke in the sky, the result of an industrial accident on the edge of the city. When Bick goes from being a high-functioning alcoholic to being a non-functioning alcoholic, his life goes into freefall, the smoke a harbinger of truth, an omen of personal apocalypse. An unpromising interview with Oliver Pierce, a reclusive cult novelist, unexpectedly yields a huge story, one that could save his job. But the novelist knows something about Bick, and the two men are drawn into a bizarre, violent partnership that is both an act of defiance against the changing city, and a surrender to its spreading darkness.

With its rich emotional palette, Plume explores the relationship between truth and memory: personal truth, journalistic truth, novelistic truth. It is a surreal and mysterious exploration of the precariousness of life in modern London.