Trilobites and Other Stories 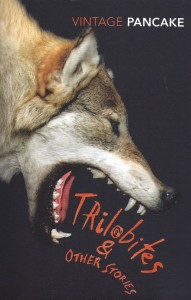 By all accounts, Breece D’J Pancake was a larger-than-life character who in his brief time there cut a distinctive hillbilly-type figure at the prestigious University of Virginia. But neither that persona nor his extraordinary name – “Breece” was picked from a newspaper’s sports pages by his mother the day after he was born, “D’J” stems from a printer’s error on his first story that the author let stand and “Pancake” is an Anglicised version of the German Pfannkuchen – were seemingly sufficiently memorable to secure his place in American letters. This collection is essentially a reprint of a volume that was put out in 1983, four years after he shot himself, and was reissued in 2002. Despite being championed by a range of authors, including Andre Dubus III and James Alan McPherson, who contributes the foreword to this edition, these vivid and moralistic tales of hardscrapple lives in the Appalachian coal-mining country of West Virginia have never caught the popular imagination.

This is odd. Not least because The Stories of Breece D’J Pancake originally appeared just as the “Dirty Realism” movement – into which he would have easily fit – took off. Indeed, the seminal Granta issue of autumn 1983 entitled Dirty Realism: New Writing From America contained work by the likes of not just Richard Ford and Raymond Carver, who went on to great fame and acclaim, but also Pancake’s fellow West Virginian Jayne Anne Phillips and Bobbie Ann Mason from nearby Kentucky. Both of these last-named writers have enjoyed lengthy careers writing about the same sort of people stuck in small towns and hollows in a part of America that Jon Michaud in a recent New Yorker article describes as not even qualifying as flyover territory. Moreover, in the quarter of a century or so since these writers burst upon the scene, we have become used to depictions of the unglamorous and often violent underside of the American dream through the works of Ron Rash, Daniel Woodrell, Chris Offutt and others.

Pancake deserves to be read, though. For the simple reason that, while his territory may now be better known than it was, he brings it and the people who inhabit it to life with the seemingly effortless style of the born writer. To learn that Pancake was in fact a tireless reviser who laboured long and hard over the 12 stories that are his legacy is to admire him all the more for his determination to get his message across. This is not to say that the book amounts to a sentimental homage to people whose lives have been ravaged by the side-effects of industrialisation. Many of the characters are badly flawed and the situations in which they find themselves often end in violence. In almost all cases, they are trapped by circumstances as well as the geography that keeps them remote from the rest of America, let alone the world. But Pancake gives them humanity and dignity.

A trilobite is a fossil, and things that are buried underground – coal, in particular – feature strongly throughout the book, offering a kind of theme. But there are also other themes familiar from the dirty realist genre – notably hunting, struggling to keep decrepit cars on the road and the constant dangers of the heavy machinery inextricably linked with dead-end jobs.

In the end, though, what makes the stories so compelling is the powerful unadorned prose that both evokes the setting and renders the tales universal. Not all the stories are fully-formed, but in every one of them Pancake convinces the reader that the characters are trying to take some kind of control over their lives. And that should make them appealing to everybody, regardless of whether or not they are familiar with West Virginia.

Trilobites and Other Stories was last modified: July 10th, 2014 by Bookseller Crow